Lockdown, what lockdown? Advances in tech and engineering keep on coming.

Despite the lockdown – and unprecedented, sudden changes to working practices – the tech and engineering sectors have shown little signs of slowing down. In this article, we delve into some of the exciting recent advances from the world of technology and engineering.

NASA and SpaceX reach for the sky

When it comes to space travel, historic ‘firsts’ aren’t quite as common as they used to be. So it was a thrill to see the launch of the SpaceX Crew Dragon spacecraft – what a name! – on 30th May. Carrying astronauts Robert Behnken and Douglas Hurley to the International Space Station, it was the first time NASA astronauts had blasted off from American soil in a commercially built and operated spacecraft.

Neil Armstrong and Buzz Aldrin bouncing on the Moon in 1969 was perhaps the closest we’ve come to space travel history being written in front of our eyes; NASA administrator Jim Bridenstine said the successful launch of a commercial space system able to carry humans signalled ‘a new era in human spaceflight ... and an important step on our path to expand human exploration to the Moon and Mars’. Meanwhile, Elon Musk described it as ‘a dream come true’ (or, ‘one giant leap towards total Solar System domination.’ You decide).

Going forward, we can expect to see regular crewed SpaceX flights to the ISS as part of NASA’s Commercial Crew Program. But let’s be honest about what we’re really looking forward to – hopping on a regular flight to Mars, like Arnie in the classic 1990 movie Total Recall.

And it’s not like SpaceX has been resting on its laurels after the historic launch – in the days and weeks since, the company completed two successful launches of its Starlink broadband satellites, bringing the total number of SpaceX satellites in orbit to nearly 500.

Tech companies have been working hard to provide potentially life-saving solutions during the coronavirus pandemic. (And, no, we’re not talking about cool Zoom backgrounds to impress your friends and co-workers.) The first phase of Google and Apple’s contact-tracing technology, which launched in May, is an Exposure Notification API that can be used by public health agencies to build their own contact-tracing apps. The API uses Bluetooth tech to ping anonymised keys between phones; then, when a COVID-19 case is confirmed, the system sends a notification to iPhones and Android phones that have been in close proximity to the infected person. In the next phase of the project, Google and Apple will be embedding the software directly into Android and iOS operating systems.

Microsoft is getting in on the act too, partnering with the University of Washington to develop its own contact-tracing app – one that claims to balance the need for contact tracing with privacy concerns. (To be fair, Google and Apple have tried to play down privacy concerns by saying their technology will be switched off when the coronavirus pandemic is over.)

It’s been a busy time for Amazon, too. So desperate have we been for online goods, Amazon announced early in the pandemic it would need to add 175,000 contract workers to its already vast workforce (it has since confirmed 125,000 of these workers would be given the chance to transition into regular, full-time positions). And all this has been achieved while honing a process of virtual hiring and safe onboarding – something any company can learn from as we try to establish a ‘new normal’.

Different approaches for a different world

COVID-19 has also sparked a raft of new inventions and engineering feats – from the effort to bring engineers together to build much-needed ventilators, to meeting demand for new, touch-free systems and products. In one example, California-based startup Proxy has developed a system that allows people to enter a secure building using a mobile phone app instead of punching in a security code or checking in on a touch-screen monitor.

Given that it’s still not clear how long the virus lives on various surfaces, inventions like this will help to keep workplaces and public spaces safe as we emerge from our homes and back to some semblance of regular life. Brings a whole new importance to the phrase ‘hands-free’, doesn’t it?

For us as recruiters, it’s been fantastic to see the tech and engineering sectors making big advances during lockdown. It goes to show how, despite the huge global challenges we’re facing, talent and vision are still important – perhaps more so than ever.

With over 12 years of knowledge and experience recruiting for the technology and engineering sectors, we`ve been helping to push the industry forwards by allowing companies and individuals to achieve their business goals. If you`re hiring or are a talented professional within the technology or engineering industries, be sure to check out how Roc Search can help. 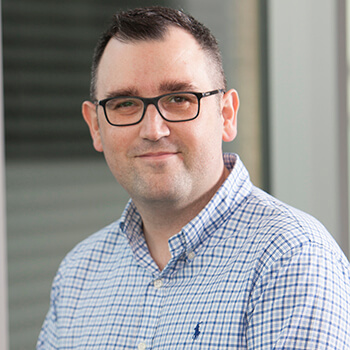